Oh My Ever Lovin' Word

Hi. It's me. At least I think it is; I haven't been feeling quite like myself lately.

Hamster update: Wee little Bekah and Ruby have already beened loved within an inch of their collective lives. I knew they needed a break when Girly-Girl came out of her room all excited. "Look Mom, isn't it cute? Ruby fell asleep in my hand!"

Ruby was flat on her back, legs poking straight up, eyes squeezed tightly shut - the classic "playing dead" pose. This is the ultimate "I am stressed beyond belief" reaction.

This is not Ruby, but I wanted to illustrate the pose for you: 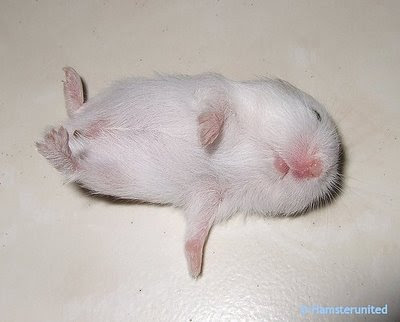 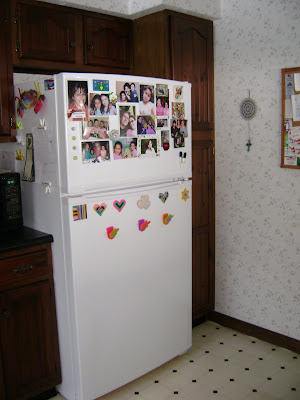 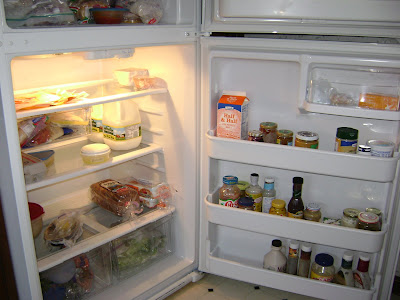 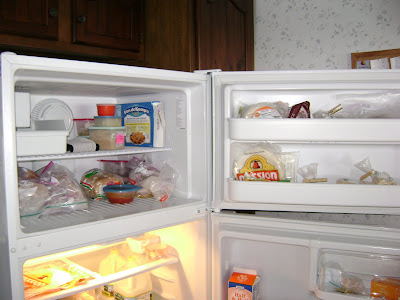 The young men who delivered it were so sweet and polite. I wanted to tweak their cheeks and bake them cookies because they reminded me of Scout...

Now I'll miss Scout every time I look at my giganticly huge, sparkling clean, not falling apart refrigerator of joy.

Of course this DOES mean that I'm going to be awfully busy the next couple of weeks.

Who knew a file cabinet had so many pieces and so many weird little doo-hooeys!! 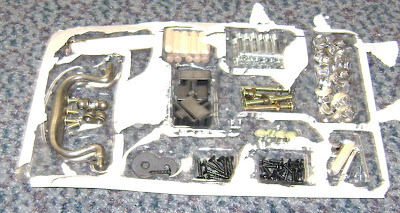 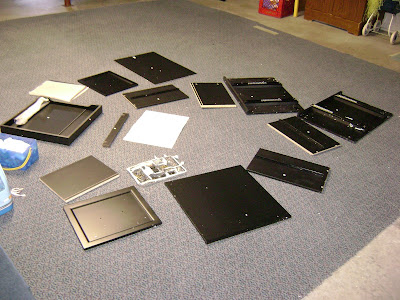 Well as some of you know, I have asthma - and I'm not alone! According to the American Lung Association:

Asthma breathing problems usually happen in "episodes" or “attacks,” but the inflammation underlying asthma is continuous. An asthma episode is a series of events that result in narrowed airways. These include: swelling of the lining, tightening of the muscle, and increased secretion of mucus in the airway. The narrowed airway is responsible for the difficulty in breathing with the familiar "wheeze."

Lung function declines faster than average in people with asthma, particularly in people who smoke and in those with excessive mucus production...

On Father's Day weekend in June of this year, Mulletman and I are going to hop on our bikes and join 2,000 other totally and completely insane people to ride 180 miles across the VERY HILLY state of Maine in 3 days time.

Why are we doing this? To prove we are as crazy as you think we are.

We are participating in the Trek Across Maine in order to raise money for the American Lung Association of Maine. Mulletman and I are each hoping to raise $1,000 for ALAME before June 11, 2008. You can help us out by making a donation to either or both of our fundraising pages. The links are in my sidebar.

Every penny will go to ALAME to help fight pollution, stop people from smoking, and find treatments for lung disease - including asthma! So dig deep and donate so lunatics like moi can actually, you know BREATHE!
Posted by groovyoldlady at 6:59 PM

And YAY on your new fridge. I need a new fridge, and now I have fridge envy.

That is one Saaaaaaaaa-weeeeeeeet looking fridge! Very roomy. I'm convinced that the freezer on top fridges are bigger than the side-by-sides, though I've never actually compared. I just don't like the big door swing, and in my kitchen, you pass between the fridge and a counter to enter the kitchen, so we need all the room we can get.
The hamster story was quite funny. I don't think I ever wore any of my hamsters out that bad as a kid...but then, I didn't have a sister.
I sure wish I could ride with you on the trek, but since I can't, I guess I'll give you money, and pray for you that you make it all the way this year. Go Groovy!

Hang on... you got that good looking fridge from that pile of stuff on the floor? Wow...!

Come on over Groovy, I've a sow’s ear and Mrs. A needs a silk purse, and I'm sure I can find some copper coins that you can turn into gold for me. I’d ask you to turn my water into wine but I already know of someone who can do that.

(That’s the second time in two days I’ve quoted the Bible in a comment, what’s happening to me?)

I love the hamster more then the frig. It's cuter.

Great fridge! Can't wait to see how that filing cabinet turns out -- you will post pictures, right?

Happy for you for the new frig & the sooner answer to your mom's need & move.
Susan

Oh, that hamster picture is priceless!

What a nice new fridge, Groovy!

And so happy for your mom getting into housing so quickly! That's wonderful!

I can't believe it's time to talk about your trek across Maine already...I so remember it last time! It's a great cause...but not sure I would last very long trecking on the hills of Maine!

OK...come read the exciting conclusing of "the bed"...and after you mentioned the name of your old bed, I'm afraid of what you're going to say! ;)

I had to use my inhaler this morning, as a matter of fact (my ashtma is mild and I rarely have to use the inhaler, but I don't go anywhere without it.) Good luck on the ride. Sounds like fun!

I'm happy your mom's moving into a better situation!

Good luck with the hampsters and fridges and cabinets. By the way you write, you must be a whirlwind!

The hamster...is hilarious! And now that I've cleaned the coffee spray off my screen I can see your new fridge. Very nice.

I had a terrible asthma attack in Germany, the worst I've ever had. Scared me to my shoes. Almost everyone over there smokes, and despite their attempts at cleaning other pollution from the air, that cigarette smoke nearly killed me. Of course, I was running when it happened, so that didn't help, but yeah... Breathing is GOOD!

I am an asthmatic too. The good old Aussie pollens get me going. It is difficult to cope with when it gets really bad. Good on you for participating in the Trek, it's such a good cause.

I am so impressed you can put together that filing cabinet. That is something I would put off for about five years and then probably never attempt. Good on you!