No. NO. Not that kind of painted lady.
Sheesh!
I'm talking about this kind of Painted Lady!

While we were in New York visiting Funsocksgirl, we spent one of our days enjoying the Lilac Festival in Rochester. There were bazillions of lovely flowers and booths of crafty things and foods and jewelry and plants. We were looking in the booth set up by the master gardeners of the University's Cooperative Extension when my attention was drawn to some little jars that looked like this: 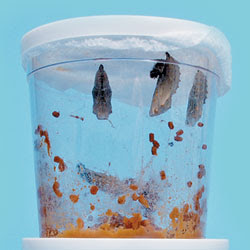 Except these little jars had WAY MORE caterpillars inside. The very nice Master-Gardener-Lady-in-Charge said, "You can have those, if you'd like."
"Have?" I was sure she had mispoken. There were about 14,000,000 painted lady caterpillars in each jar. I've looked at ordering them before. A kit like the one in the picture above - from Carolina Biological is a whopping $28.50 and it only contains 5-7 pillars.
And this lady is talking "free"?
"Yes, free. Help yourselves!"
SO WE DID! Funsocksgirl grabbed pillars and food for her nephew and I grabbed a set for the girlies and I. Once home, we realized there about 35 caterpillars in each container. That's roughly (and I kid you not - check out that last link to see for yourself) $200 of caterpillars!
WOOOOOOOOOOOOOOOOOOOOOOOOOT!
We picked up some containers at a discount store later that same day and divvied them up into groups of 5-7 per container. They lived in our bedroom at J-Man's parent's house until we headed home; They seemed to fare quite well.
A few died, but most ate and ate and ate, then formed little chrysalids on the lids of their boxes.
Now we needed a safe place for them to emerge. Thankfully, a friend had just recently rescued a large and awesome cage from the dump for us. I bought some netting and made it into a temporary butterfly habitat! 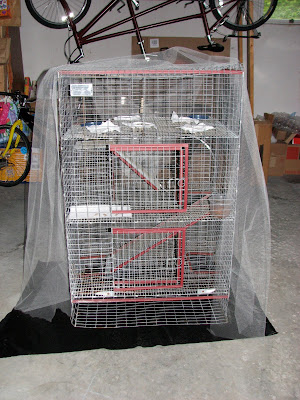 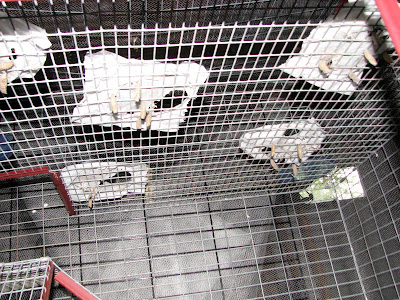 We moved the Ladies to a smaller cage to carry them outside for release. 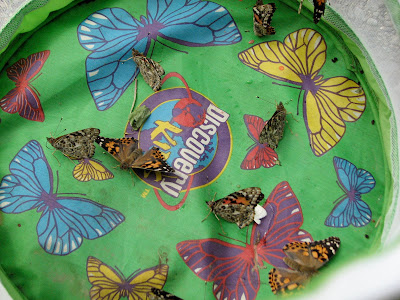 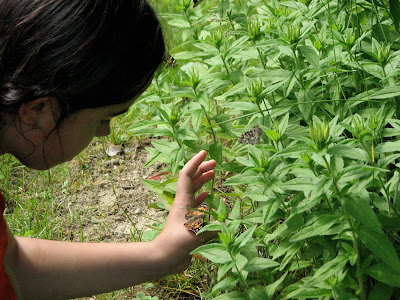 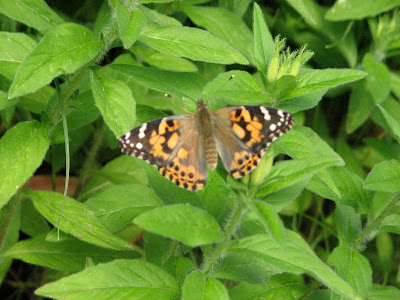 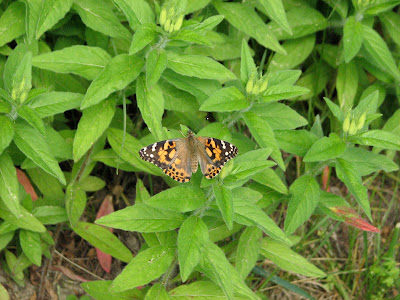 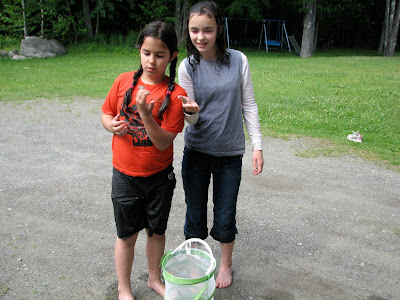 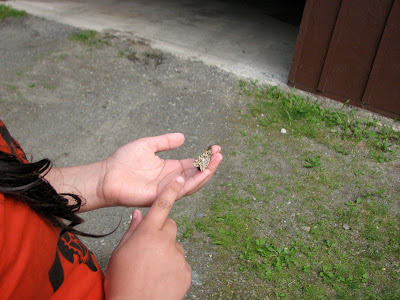 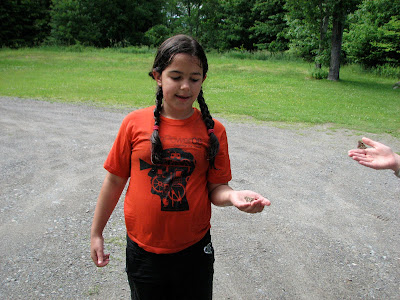 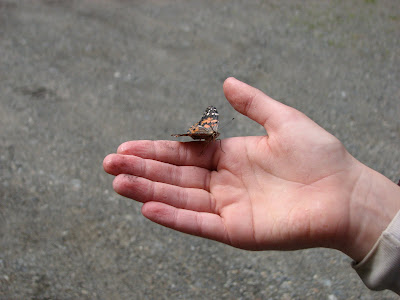 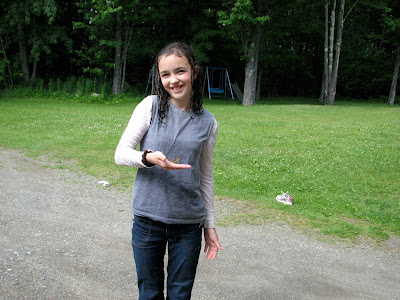 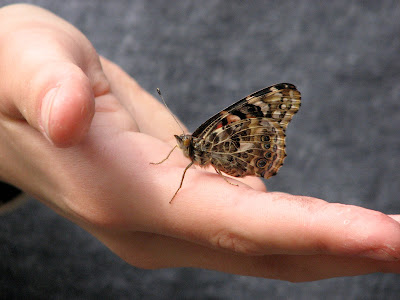 As of today we've released 14 Ladies. We're just hoping they all emerge before we take off for the Trek Across Maine next Thursday!
Posted by groovyoldlady at 5:08 PM

How wonderful! When I was a child I had a "laboratory" in one of our outbuildings. Catepillars and tadpoles were my speciality. Nature's wonderful magic that I've never outgrown.

Isn't it just AWESOME? My DD loves to hold the butterflies we release every year. I love doing it.

Glad yours was so successful.

What a wonderful, hands on science lesson for your girls. What a blessing from God to your family. What a good God we serve!!!

How wonderful! I love butterflies! You all must have had a great time with them. What a great project for homeschool, too!