Orts and Scraps (Which are Basically the Same Thing)

Mom is coming over today. She's going to take her first stint at babysitting the girlies while I get my teeth cleaned, then, after lunch we're going to run some errands. She still doesn't know her way around town very well, so we're going to add the third major road (There ARE only three) to her repertoire. I'm also going shoe hunting for the girlies. Their current dress shoes look like they've been dug out of a rock quarry.

I'm sure all this will be fun, but it also means we'll be forgoing school. Again.

I would make up the time on Saturday, but I'll be too busy singing with and enjoying the ministry of Cherie Adams on that day. I may EVEN be going to a Newsboys concert that night if Mulletman can get the day off work...

That would make for one very long, but extremely satisfying day!

Fall has finally arrived in Maine. After an amazingly long season of warmth, we went below freezing last night. There's even an itty-bitty chance that we might have snow flurries tonight!

In case you haven't noticed (and how could you not?), Groovy is going political on you. I am a staunch and loyal supporter of Mike Huckabee - and NOT just because he has a fun name. :-) More than any other candidate, Huckabee espouses the conservative values that I and my husband treasure. Sooooooooo...

If ya ask me
YOU oughta be
for Huckabee
TOO!

WARNING Any attempts to engage Groovy in deep and philisophical political discussions or debate as to the suitability or insuitability of Mr. Huckabee for the office of President will be totally frustrated by Groovy's inimitable good cheer and her complete inability to reason and argue with clarity. In other words, Groovy ain't debating with you, so go flame somewhere else!

The Groovy family has finally and officially been declared LICE FREE!!!!! Whoo-hoo!!!!

I LOVE this pic of The J-Man and Funsocksgirl. I even had it blown up into an 8X10 and have it hanging by my desk. Aren't they a lovely couple? 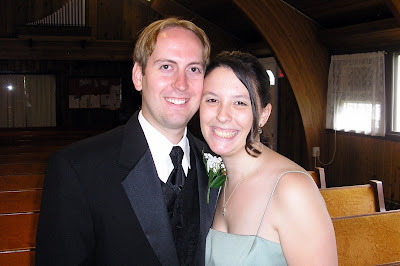 Unfortunately, I am going to go into this novel writing venture with four major handicaps:

1.) Mulletman. He is a very dogmatic, black&white fellow who sees no use for fiction. He tolerates my occasional forays into short writing contests, but I sincerely doubt he will be thrilled to have me type on and on for an entire month on "escapist drivel with no redeeming value" that, additionally, isn't likely to net me any money. That is the view of my man who, ironically, LOVES John Grisham novels!

Translation? I'll have to write when the man ain't home!

2.) My Mom, aka Gramma JMC. Bless her heart. She's here. She's lonely. She doesn't know her way around very well. Her hands don't work well, so she needs help doing "stuff" around the apartment. I'm going to have to write around her...

4.) My legendary inability to end a story...That's right, folks. Wrapping up loose ends is not my strong suit!

I don't do politics, so no worries of debate from here.

Remember, NaNo is a FUN project, even if you don't reach the 50k goal. It's about being a part of something so intensly creative with a few thousand like-minded souls. Just knowing you're not alone in this mad compilation of words and plot is enough to get you all tingly. Ok, at least that's how it is for me.

As for ending it... well, since no one will be reading what you've written, just stick the words "the end" wherever you are on 11/30 and leave it at that. You can always go back and finish it in December (or January) like the rest of the Nan-ites.

On the fiction-is-worthless front... Nope, nope, and nu-huh-no way. Without fiction stretching the imagination of writers and readers, computers might still be the size of buildings. We may have never reached for the stars, and that i-pod would still be a heap of silicon sand somewhere.

Fiction has merits. It may not be for everyone, and that's just fine.

hello friend. it's me, the shocking new addition to the blogosphere. or just to blogger. it's the new, improved me with aspirations to actually write and be witty. i'm putting the old world of livejournal behind me and embracing the blogger within. because i want to be just like YOU!
:-D

Lovely picture, for sure. Worthy of framing.

Maybe MM thinks Grisham's books are nonfiction! Hah. Has he read the controversial one about Ada, Oklahoma?

Huckabee does well in debates. I've got the "But who can win?" problem with him, though. The last two times I have voted for people who I didn't think could win but I felt it was important to vote for them because otherwise they really couldn't win, they didn't win and somebody else won. (Primaries.) Your vote and my vote should count double or triple and then it would all be fine.

You're about to talk me into NaNoWriMo. I'm working on a novel and maybe I should just put the rest of my life on hold for a month.

Good luck to you!

You can finish that novel, I know you can. You write so well you just can't let what you are about to create go to waste. It's going to be so much fun!

I am so sorry about your camera and I hope you hear from Scout very, very soon... That was cute on the piano...My, you are so BUSY!

Happy Writing! When do we get to read it???

Good luck with NaNo! And if anything of my description of M. works into your novel, you're welcome to it... but please share the results!

Beautiful picture of funsocksgirl -- and what's this? She's writing, too? How cool!