In Which Groovy CANNOT Contain Her Excitement! (Or Her Illicit Punctuation...) 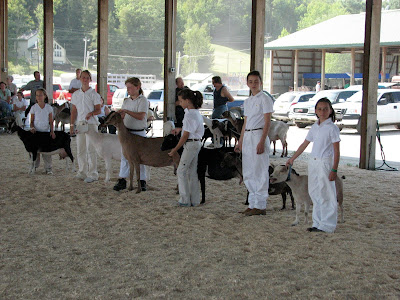 Silly-Head did not show this year, but she was a terrific helper. She ran errands, held waiting goats, cheered, and encouraged. She said she definitely does want to show next year. (Little does she know we'll have our own goats then!) 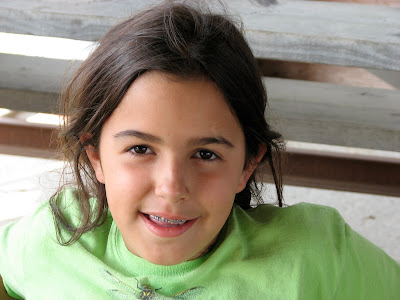 And Finally, Groovy is excited because she won a prize! My dear internutty online pastry chef friend, Jenni Field, had a contest. And my entry Won! The prize came today. Whatcanitbe? Whatcanitbe? 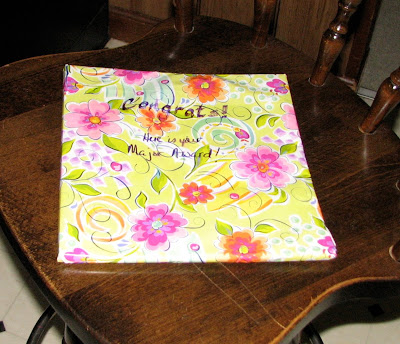 Oh Groovy! It's a book on "high fun, low stress dinner parties for 6 to 12 people". That's right up my alley. I am going to have a lovely time reading this new addition to my kitchen library and trying the author Bob Blumer's suggestions on guests. :-D Thanks, Jenni! 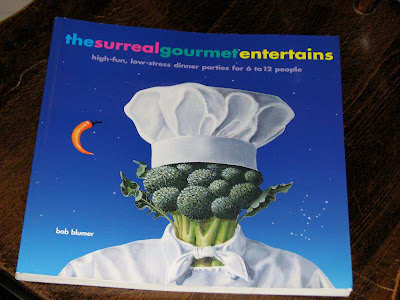 Whew! I think that's enough EXCITEMENT for one blog post, don't you? It's also enough elipses, CAPITAL LETTERS, and exclamation marks! *wink* (And let's not mention the overabundant use of the word "groovy", K?)
Now I'll use the rest of my exciting day off to read and write. In the meantime... tell me one or two exciting things that have been happening in YOUR life! (Dang. Did it AGAIN!)
*wink*wink*
Posted by groovyoldlady at 2:05 PM

Hmmm...exciting things that have been happening to me? Well, I married off a daughter and came to Maine and saw you...but then you already knew that! Oh well! : D

Perhaps you are a little Spanish, with punctuation BEFORE the sentence - - - only I guess they'd be upside down then.

And, I love your writing ... your YA book sounds SO unique and fun and fab - you MUST finish!!

I'm glad you got to go to the writer's conference - sounds like it really got you going again.

Lots of exciting things going on!

Oh, and we took the Maine team to see Eartha last year. Very cool, and the gift shop rocked!