You Didn't Think I Could Do It

Did you? C'mon, be honest. You REALLY didn't think I'd write on my blog two days in a row. However, you were wrong (this time). I like to be unpredictable, keep people off balance, etc. So here I am again.

I am disturbingly fatigued right now. Sunday I took a nap AND went to bed early. Monday I was dragging around and my brain just completely quit functioning around 4pm. The girls said I was acting like a drunk because I was so tired. Apparently I was quite entertaining - or so they report. I really don't remember! And, sunshine notwithstanding, today has been a struggle.

Is it a virus? Hormones? The stupid time change?

I am eating healthily and getting plenty of sleep at night. I'm not taking any new meds or imbibing of alcohol. I am not particularly stressed. In fact, I rather think I'm too tired to care enough to be stressed!

At any rate, I am here in my caffeine induced state of quasi-allertness to tell you about Boston and Rescue Training and whatever else comes to mind. Any of the photos that foolow were taken by the girlies.

Early in the week before GrammaJ got on that plane, Mulletman and the girls and I loaded up the car and headed for Boston. It's about 3 hours away. We arrived there just in time to catch the T and rumble our way into the city. Girly-Girl and Silly-Head adore the subway. After all, what could be groovier than sliding onto that train quick-before-the-doors-shut!!!! Now they want to take a tour of all the transit systems in the U.S. We'd better start saving our pennies...

Unfortunately, it being the off season, we got there a bit late to enjoy the aquarium, so we decided to take a Trolley Tour. We had prebought the tickets online because they had a "deal" where we could ride the Trolley for 2 days in a row without any extra expense. You're supposed to be able to get off and on at various places in town. But, since it was 3:30ish and they stopped picking up customers at 4pm (Hello - off season!) we decided to just ride the entire tour.

The entire tour was 90 minutes. That's 90 minutes more continuous sitting after a 3 hour car ride and a fair amount of time on the T. The driver gave us some very entertaining and informative narration, but it felt like a looooooooooooooooong ride! Girly-Girl filled in the time by snapping photos through the window, See: 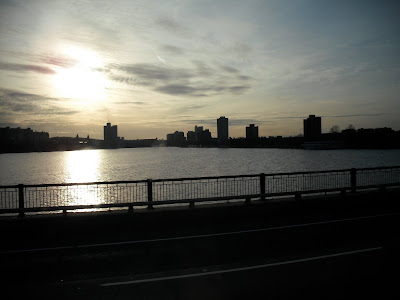 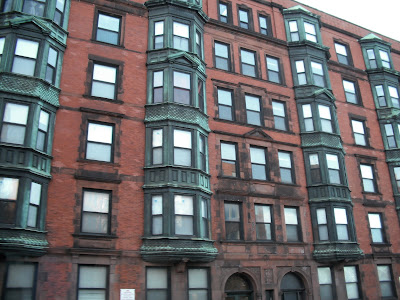 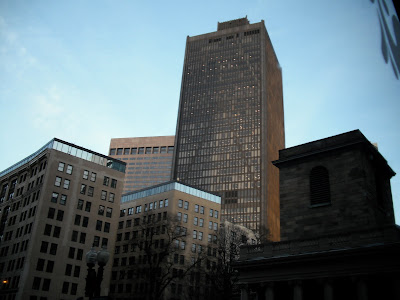 After all that riding, we needed to stretch our legs, so we headed over to Quincy Market for supper. There were so many choices it was almost overwhelming, but we finally settled on some excellent brick oven pizza. Yum! It was late now and we were tired. I think we were all glad to get back on the T to head for the hotel.

We had spent much time comparing hotels online and had reserved a room at the Woburn Best Western . They had an indoor heated pool, a nice little gym room, a lovely continental breakfast, beautiful rooms, a great staff AND they were extremely reasonably priced. The Groovy clan highly recommend the hotel! The room was so large we were even able to allow a couple of roaming cowgirls to set up camp by the window. 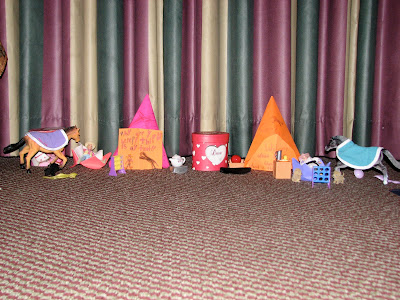 In fact, the hotel only had one true flaw - although the pool was heated, the room it was in was not. I had to wear a winter coat and drink hot coffee in order to watch my family swim. I kid you not! 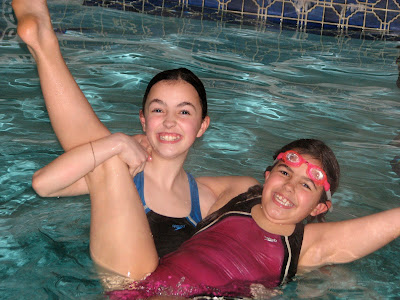 As you can see, the cold air didn't seem to bother them!

The next day we headed back into town for the New England Aquarium. It was wonderful! If we lived within an hour of the city I would definitely buy a season pass. All of us were enthralled with the penguins and fishies and jellyfish and the gigantic salt water tank that goes up through the middle of the building. It was certainly well worth the time and money we spent. We were there through lunch time and Mulletman decided we should eat at the aquarium cafeteria. The food was excellent, but the prices were astronomical! Next time we pack PB&J!! 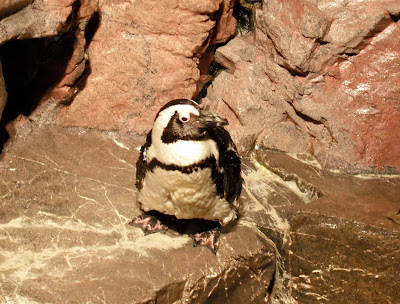 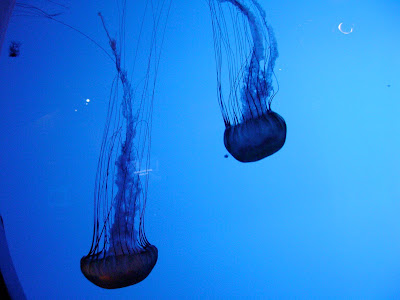 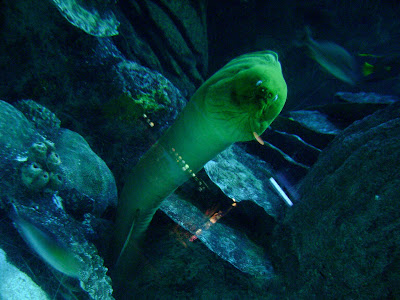 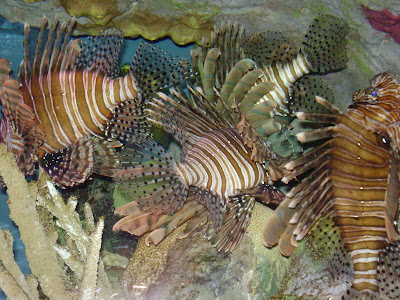 Once we were done at the aquarium, we decided to make use of the Trolley to visit a few other attractions. Old Ironsides was only open on the weekends (off season!) so we visited the museum. 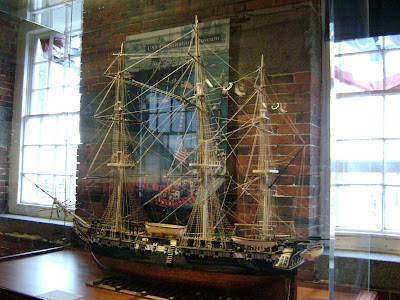 We participated in a scavenger hunt and the girls got to pretend to be ship hands on the USS Constitution. Very fun!

The girls tossed down some ale in the tavern... 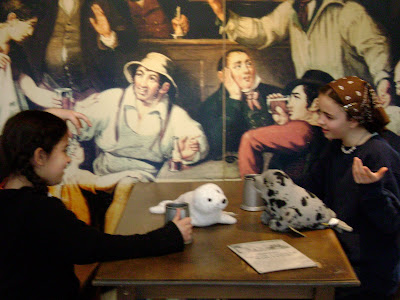 ...and Mulletman got to wrangle with a pirate! 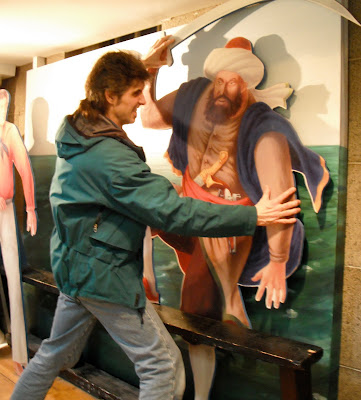 After the museum we took a ride to Quincy Market again for some tasty (but pricey) snacks and then we hoofed it along the Freedom Trail so we could take a look at the Old North Church.

Finally, it was T time again. We headed back to the hotel for swimming and relaxing. The next morning we used the gym, swam, ate and took our dear sweet time packing up to leave for home. Our mini vacation was over.

Next entry? Search and Rescue!!!
Posted by groovyoldlady at 2:42 PM

Okay I admit it... I didn't think you could. I struggle doing two posts within a month, let alone two days.

It sounds like it was a great mini-vacation (holiday as we call it over here), and I must congratulate the girls on their excellent pics.

I also have to congratulate the girls on their outstanding photos. They each have a very good eye. I would love to visit that aquarium. It looks amazing!

I crack up when I read your groovy posts!! I have missed it terribly. I have to get off Facebook and back in to blogworld -- it's so much more fulfilling!
And you could never be a "Lame" blogger.

Howdy Groovy! So glad you had a wonderful trip to Boston. When we went this past May we also stayed in Woburn and loved it! It was close to the train station and the service was wonderful as was the free breakey. :) HOpe you are feeling better... I have been off too. I blame it on the time change and hormones. Love ya!

What a fun week-end. And you have quite the budding photographer there!