I Probably Won't Have Time to Post Tomorrow, SOOOoooooooo

I'm posting tonight. Not because I have anything much to say. I don't. Well except maybe for a nursing home report: 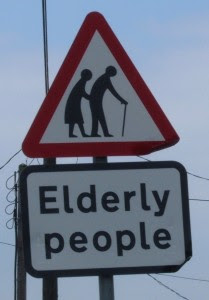 Earlybird (my good friend and fellow 4-H champion of goatiness and fun, NOT Mr. Nutty who is also an early bird. He woke me up at 5:30am again today. CURSE YOU, MR. NUTTY!)

Earlybird called me just as I was grabbing my keys and heading for the car on my way to meet her and all the cute little girlies at the nursing home. Earlybird was SICK! UNTHINKABLE!!! Earlybird has an extraordinary immune system and never, ever gets sick. But this morning she had a sore throat. And ya don't want to visit a nursing home full of frail, elderly people when you have a sore throat.

So we went without her and her 8 year-old Peanut.

We went without Joss and Liv and Li-li.

It was just me and my girlies and, for the first time, GrammaJ.

We picked her up and she was ready for action with her head scarf (in case the wind blew) and her rain bonnet (in case it sprinkled) and her 87 pound large-print Bible (in case anybody needed to go down the Romans' Road on first meeting).

Usually we get to the nursing home a little after 11am. That gives us 30-60 minutes to visit or sing or whatever before the folks are lured away by lunch. Most of the time there are 3-5 folks sitting out in the front 2 rooms on either side of the entrance. There are 2-3 more in the tv/piano room and half a dozen in the lunchroom with more trickling in as our time progresses.

This time there was no one. No one. Zip. Nada. Zero. Not one resident was out of their room!

It was EERIE! I almost wondered if God had decided to to prerapture all the octogenarians (my mom is just a septagenarian, so she was still with us). But then I saw my good buddy, Bill. Last week he was feeling poorly, so he and I had alot to catch up on - and GrammaJ and the girlies just kinda watched us talk. Bill didn't mind, but I felt rather odd. I would have shooed them off to visit someone else, but THERE WAS NO ONE ELSE!

So after about 15 minutes of Bill telling us about everything from his Chinese granddaughter who is very skinny to his engineer son to the time when he fell off a roof to his new meds to his candy stash...we decided to move on to see if anyone new had appeared.

There was one new guy; Bob. He was literally new, as in, just moved in. He met us politely and then said, "Are you a witness?" I guess I looked a little blank, because he added, "You know, a jehovah's witness?"

I assured him we were not (though he kept looking suspiciously at GrammaJ's honkin' Bible!). Turns out he's quite hard of hearing, but is very articulate and is a musician. Maybe we can jam together next Tuesday! He moved into the facility with his wife. Isn't that sweet?

Well, just as we were leaving I FINALLY spotted Earlybird's best nursing home friend, Ginn. I let her know that Earlybird was sick and missed her, etc.

And that was pretty much it. We saw NO other residents, even though it was lunch time.

Did ya'll hear some trumpet blast that I didn't hear? 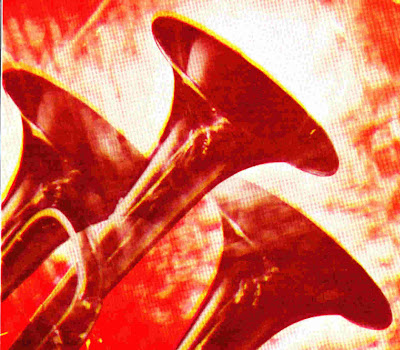 Posted by groovyoldlady at 6:41 PM

As far as I can tell, no Rapture around here. But then, the last time I thought the Rapture had come (when I was 5, and I figured that was the reason my mother & little brother weren't home when I returned home from school), I was wrong, too. Sounds like you had a good visit today, anyway! Hope Earlybird is feeling better soon.

How did I get so far behind? Love the second coming reference!

I like your red spiky tulips - and your two lips!

No, but you can be sure I'm listening for that wonderful sound and I'm going out of here standing up!!!!!
Susan

You should have asked the Jehovah's witness. The ones that visit me have all the answers.

That's wonderful that you take the time to visit.

Came by to say boo, but it seems you haven't been by here in ahwile your self! Too much Facebooking time huh?

Where are you???? Out training?