Where oh Where Did My Stamina Go?

Hi Folks...It's been a crazy couple of weeks. Crazy, but mostly good.

And now I'm trying to write about it all coherently, but my brain is toast. You know what I'm saying? I keep writing sentences and then deleting them because I'm sounding like Englich is my second languache. Maybe I can do better with a bullet point and picture post.

No...that didn't work. I deleted it all. Everything is a jumble.

I don't get it. My mouth is still working. If you came over for a cup of tea I could tell you all sorts of funny and sad stories about the kids all being here together and Grampy's unexpected hospital stay and the bug (or not) in GrammaJ's eye and Ji-Ji's autism and Cookie's "bop" and the Pinky-Poo song and Fireball's artwork and not enough sleep and terrorized fishies and balloons and chalkdust (OY! The chalkdust!) and great deals at JCPenneys (Woot!) and postponed family feasts and forgetting the stuffing (oops!) and too much trifle and pie for breakfast and noise and chaos and fun and sadness and prayer.

But I just can't seem to sort it out to, you know, actually write about it.

I guess I'll just go with a picture post until my brain returns. Hopefully that shan't be long. I know I will not make my 50,000 words for NaNoWriMo, but I DO want to add to my story. I especially want to finish chapter 5, which seems interminably long right now, and move ON with the story.

Happily, some of us have decided to try another massive writing gig in January. You'll hear more about it as the month approaches. Yes...another quest for 50,000 words. Yes, I am hopelessly insane. Yes, I am DETERMINED to write something publishable. So there.

Here are a few of the pics we amassed during all this family togetherness: First, let's point out who you won't see:

-Grampy. He is still in the hospital and not looking (or feeling) very photogenic right now.

-PrettyMom. She is every bit as lovely as her name suggests, but is nonetheless rather camera shy. She much prefers being behind a camera than in front of one.

Now...here are all four of my and Mulletman's children - all together for the first time in over two years: Funsocksgirl (25), Scout (22), Girly-Girl (9), and Silly-Head (7) - obviously not in that order. You're actually seeing Scout, Silly-Head, Funsocksgirl, and Girly-Girl. I'm just saying... 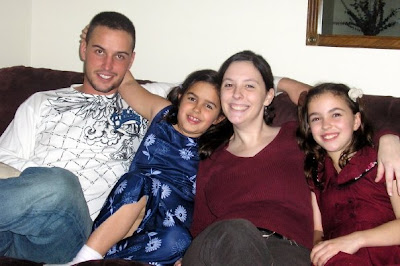 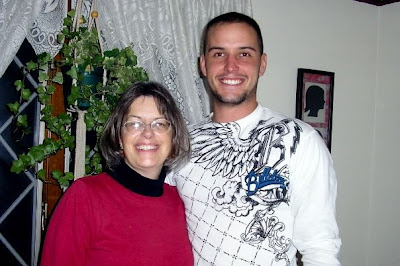 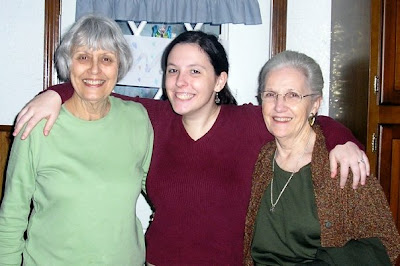 Mulletman with Girly-Girl and Silly-Head being their usual weird selves. 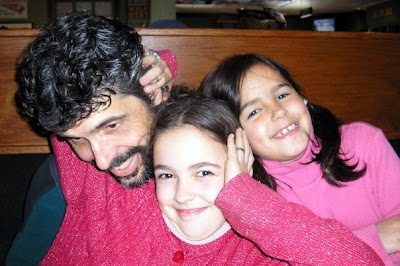 One of the girls' favorite games was Pile-Up-on-J-Man! This appears to be one of the less violent forms of that game. 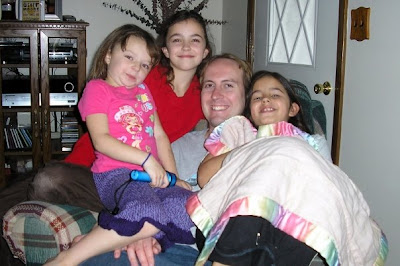 And here's Fireball with "Aunty" Girly-Girl: 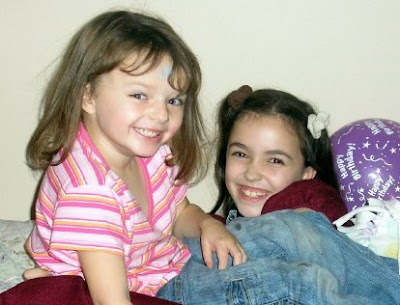 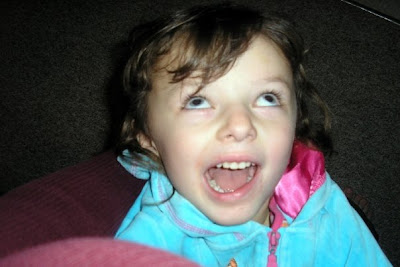 Ji-Ji has autism, so he keeps everyone very busy. He also keeps us laughing! Here he is with his daddy. 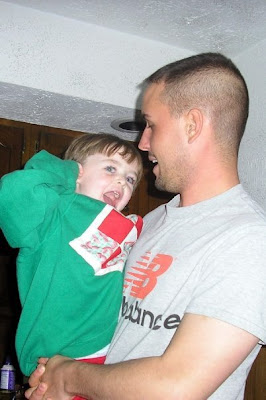 And his Grampy Mulletman. They love to play balloons together! 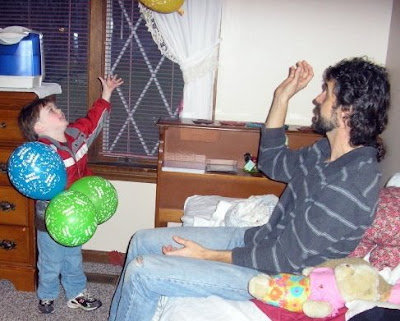 And a nice pic of Aunty FSG and Ji-Ji: 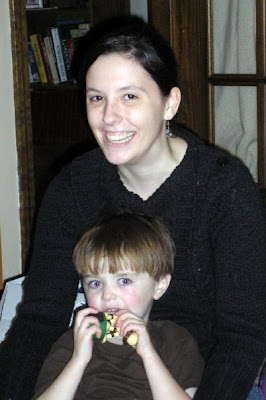 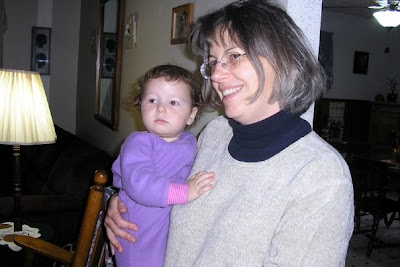 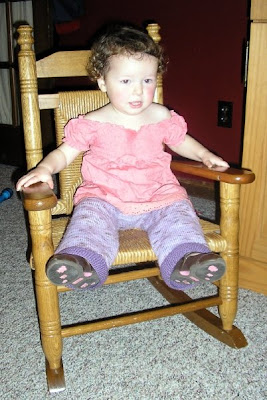 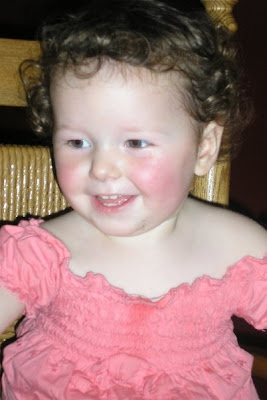 Ok...That's it for now folks. I need to have school with the girls and fortify my not-so-Groovy brain with s'more caffeine and an extra dose of ginko biloba.

Have a happy day!
Posted by groovyoldlady at 8:04 AM

For not having any words, you did pretty well! Cute kids, handsome young adults. I wonder about the use of "sad" twice.

Lovely family. I really love the one of your 4 kids. You have a big age gap in kids like we do. I use to say, I don't know if it ages you faster or keeps you younger longer!!!!
Great picture of you!!! Trust your grandfather will get better soon.
Susan

Wishing you a good night's rest... and maybe a platter of your favorite pasta!

What a great looking family! How fun, I'm so glad you got some great family time in.

It's such a blessing to have family together.

I am preparing the turkey and fixin's right now for 40 people who will be arriving at NOON. Geesh! Thought it was a good idea months ago when I agreed to host Thanksgiving! WHAT WAS I thinking!

I know what you mean about your baby now being taller than you! He's very handsome!

Have a wonderful day! I have to go squirt the turkey with it's own juices. :) What would Martha Stuart call that?

I just wanted to say that I'm quite inspired by your writing goal and how well you've done this month.

Diane, Martha would call that basting. If you are basting for 40 people I would call it HEROIC!

Butterfly, You're sweet! In my next post I'll show you a tool you can use to motivate yourself to crank out the verbage...

The rest of you,